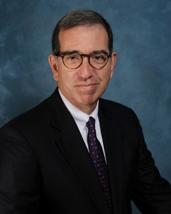 Michael Perillo is in his 33rd year of practice as an attorney. He began his career in 1983 as an active-duty JAG Officer in the U.S. Navy. In that capacity, his duties included the prosecution of Courts-Martial. He also served as Staff Judge Advocate (legal counsel) to the Commanding Officer of the Service School Command at Great Lakes, Illinois. At the time, that command was one of the largest (by population) in the entire U.S. Navy. Mr. Perillo was awarded the Navy Commendation Medal in 1987 for meritorious service as a JAG Officer.

After leaving active duty in 1987, Mr. Perillo served as a Senior Assistant Public Defender in the Lake County, Illinois Public Defender’s Office. His next position was as a Senior Assistant in the Office of the Lake County (Illinois) State’s Attorney, In these positions, Mr. Perillo defended and later prosecuted all manner of felony offenses and appeared in the Lake County Judicial Circuit (Waukegan) on a daily basis. At Noonan Perillo & Thut Ltd., Mr. Perillo concentrates his practice in personal injury and plaintiff’s nursing home negligence and is available to practice in criminal and military criminal matters. He is currently in his 24th year with the firm. Mr. Perillo is rated as an “A/V Preeminent” attorney by Martindale Hubbell, the highest recognition awarded by that organization.