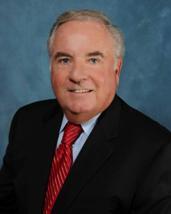 Mike Noonan was born in Lansing, Michigan, on March 3, 1946. He was admitted to practice in Illinois and before the U.S. District Court, Northern District of Illinois (including Trial Bar) in 1974; he was admitted to the U.S. Supreme Court and appeared before that body in 1979; he was admitted to practice before the 7th Circuit Federal Court of Appeals in 2004 and the Eastern District of Wisconsin in 2016. Mike is a graduate of the University of Michigan Law School after completing his undergraduate education at Northern Illinois University, where he graduated as president of the Political Science Honor Society. Mike enlisted and served in the United States Army from 1969-1971.

Mike’s practice is concentrated in personal injury defense litigation, municipal defense, commercial litigation, and construction litigation including construction accidents. Mike has handled countless automobile and truck accident cases, as well as bodily injuries occurring as a result of the negligent maintenance of property by both home owners and commercial business. Much of his career has been devoted to construction litigation representing both contractors and property owners. In chancery, he has represented Fortune 500 corporations in obtaining or defeating claims for injunctive relief. On the commercial level, his clients include both major corporations and banks in need of litigation support. He has tried in excess of 100 jury trials and conducted countless bench matters and administrative hearings. Mike was a guest lecturer at the University of Health Sciences/Chicago Medical School from 1983-1987. He is a court-appointed arbitrator of the 19th Judicial Circuit and has served since 1991.

Residing with his wife in Libertyville, Illinois, Mike is an avid golfer and chef. He has three children, two daughters and son, who have embarked on professional careers in medicine, accounting and law. Dedicated to youth athletics, Mike was a board member and counsel to the Greater Libertyville Soccer Association and the Libertyville Township Soccer Complex, Ltd., a not-for-profit corporation which developed a 110 acre complex of fifteen (15) soccer fields.